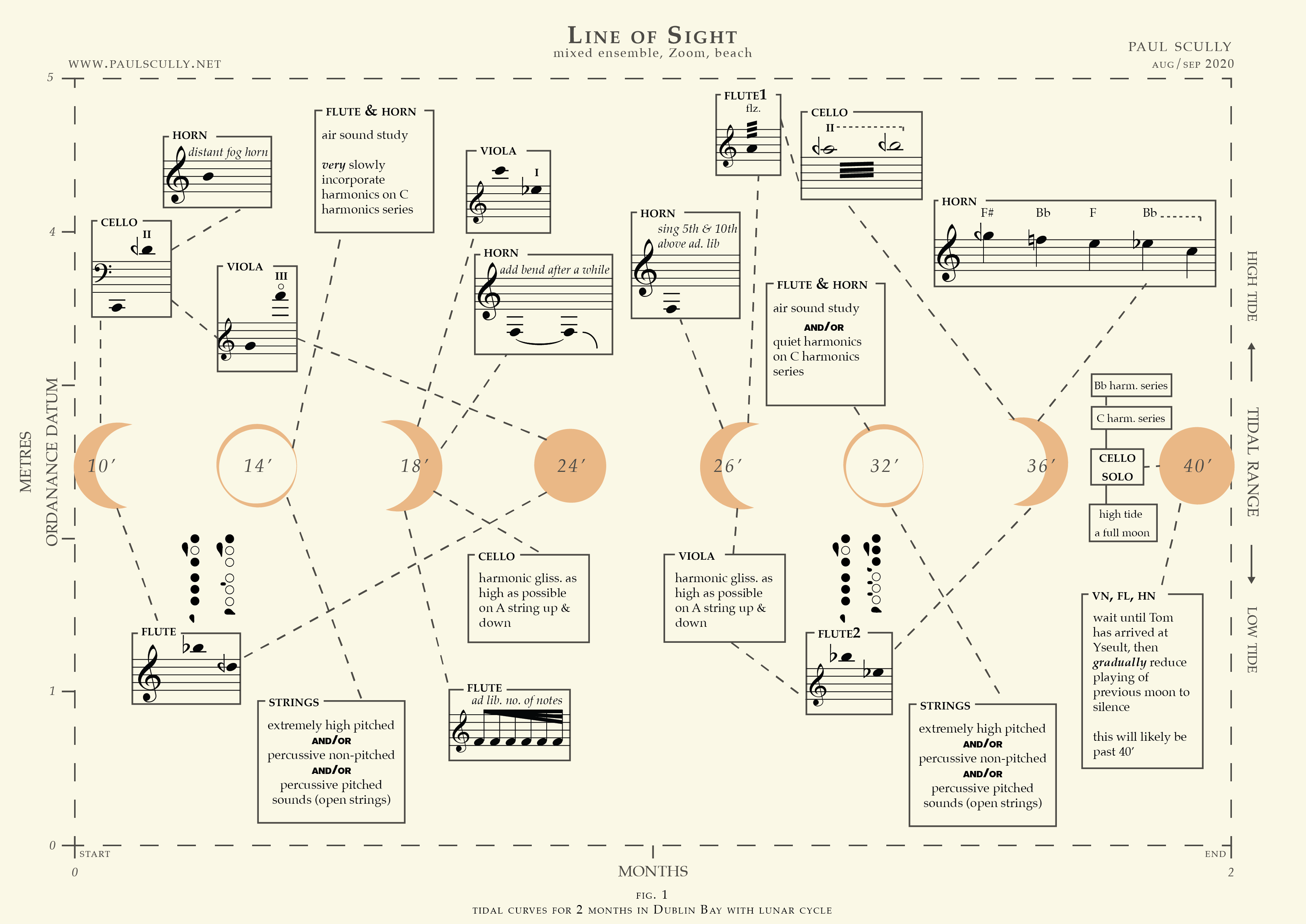 Line of Sight (WIP) is an experimental sound walk in the sand dunes of the North Bull Island Nature Reserve. It shows multiple sonic and visual perspectives on the same space by combining physical and digital worlds.

Performer Tom Roseingrave (on Zoom and in person) leads an audience in one direction across 1.5kms of sand dunes, guided by a series of striking landmarks, and connecting with stationary instrumentalists along the way.
🗺️
Line of Sight explores the effect we have on the spaces we occupy, the ambiguous and temporary nature of the land we take for granted, the multiple perspectives of physical and digital worlds, and our reimagined relationships through digital spaces during the pandemic.

It was first performed by Kirkos Ensemble during their festival Biosphere in Sept 2020.
🌎 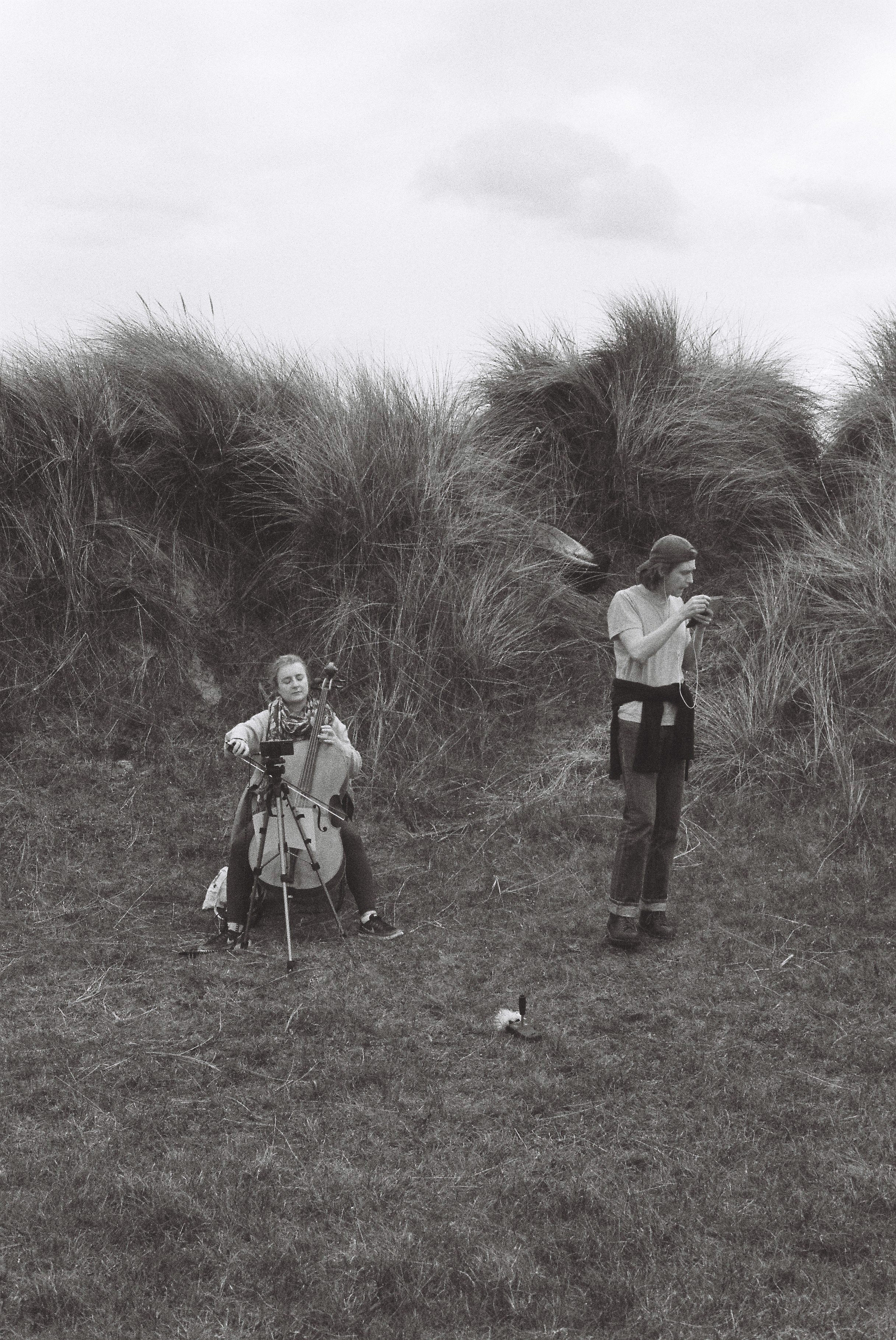 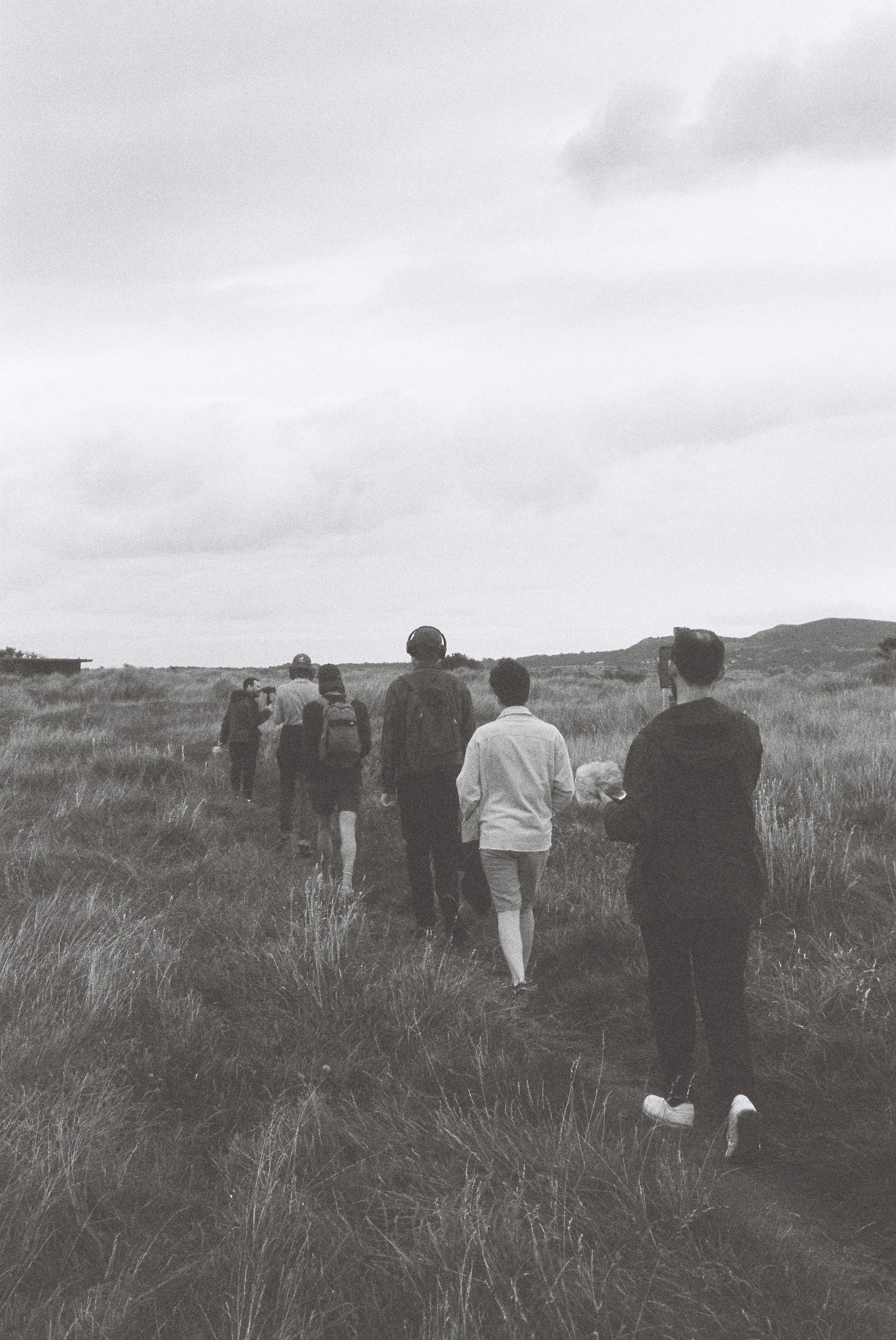 On performing Line of Sight
Tom Roseingrave
‍‍
In preparation for Paul Scully’s ‘Line of Sight’ at Biosphere 2020, Paul walked me across Bull Island, to practice the route I was to follow for the performance. I would walk in one general direction, with a series of landmarks to help me lead the audience from start to end-point, while intersecting with the stationary instrumentalists along the way.
‍
I had been to Bull Island many times, I knew the landscape well. It all seemed straightforward - until we began to play over Zoom. Then the piece really began.
‍
Ultimately, my experience of performing ‘Line of Sight’ was of a hugely successful disorientation of spaces I believed I knew well.
‍
For me, this disorientation was achieved by the assembly of these spaces in simultaneous existence. Most obviously, there was the physical space of Bull Island; then, the Zoom call with the instrumentalists, with whom I communicated through music and text - connected intimately through earphones and my phone screen. Finally, I had the knowledge of audience members, trailing me in the physical space while observing a live-stream of the performance, or watching the live-stream remotely, somewhere out there in the great internet unknown. Lots of simultaneity!
‍
My experience of this was multifaceted. As the moving vector in the piece, I navigated the landscape - yet my familiarity with it was scrambled by performing in a place somewhere between Bull Island and the Zoom call. The dunes all looked the same! Bull Island took on the aspect of a desolate wilderness, and I was often completely disoriented. When I came to a landmark, it was like a saviour, filled with huge significance. I still remember the landmarks now: a fallen telephone pole by a cinder-block, a derelict public toilet, the muddy path toward the final dune…
‍
Perhaps the most interesting aspect of this piece were the collisions between physical and digital spaces. For me, the music functioned as a means of causing such collisions. When I encountered an instrumentalist on my route, I experienced them four-fold, all at once: their visual presence in physical space, and on the Zoom call, and the sounds of their instruments, in the physical and digital acoustic. Even thinking of it now makes me feel strange. A surprising element was the occasional disappointment of the physical encounter: the sonic and visual intimacy of the Zoom call, although pixelated and glitched depending on connection speeds, meant that it felt somehow more ‘real.’ The physical encounter was measly and small in comparison.
‍
All in all, ‘Line of Sight’ was a true highlight of Biosphere 2020, composed and executed with great vision by Paul. The disparate strands were woven together in such a way that spoke something new about my own (and others, I imagine) positioning between physical and digital realms, particularly during the time of the pandemic. It is a mark of its success that Paul managed to disfigure and warp these places for me, and map them so much more accurately. 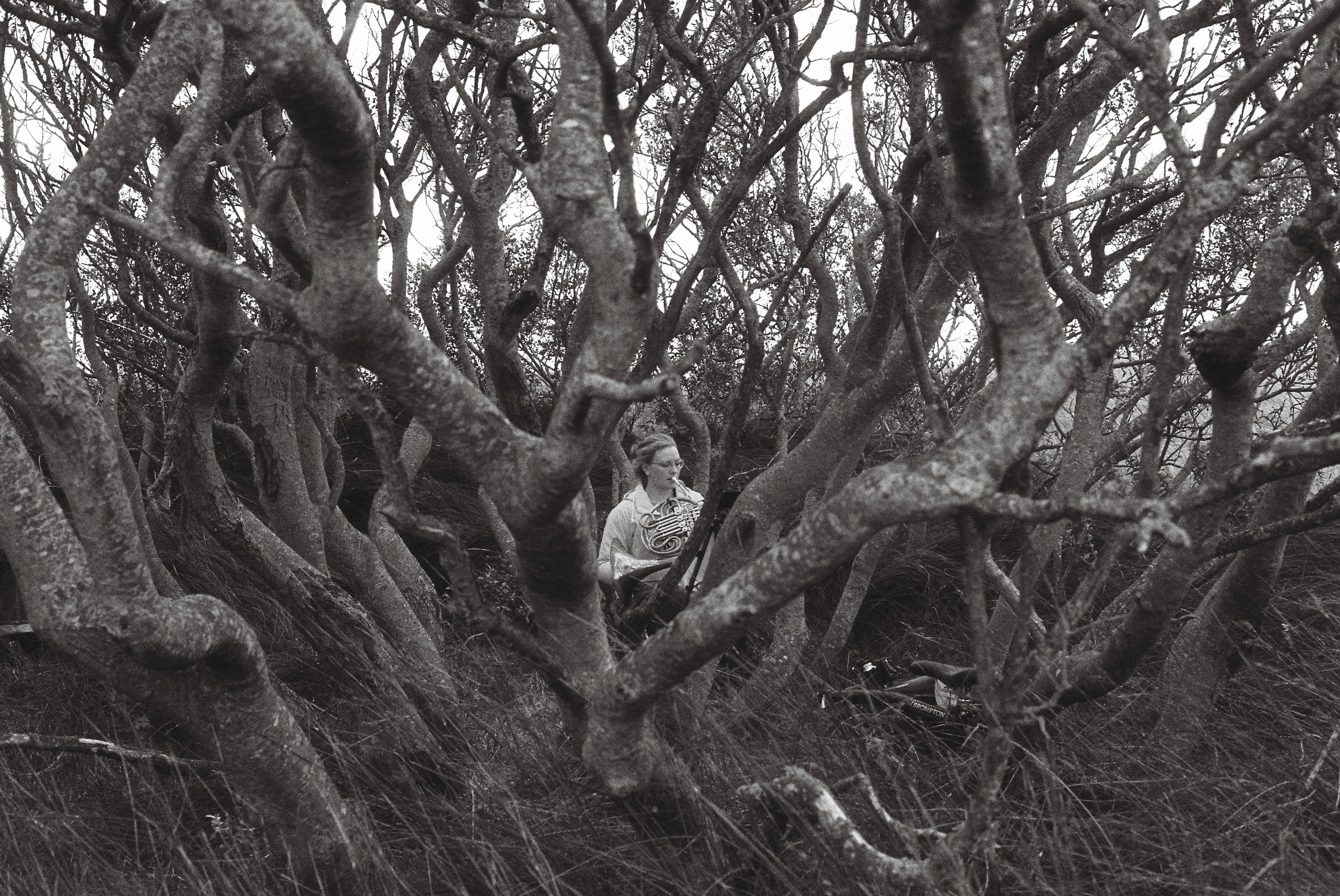 ✨ Special thanks to Kirkos Ensemble, without whom this project would never be possible ✨